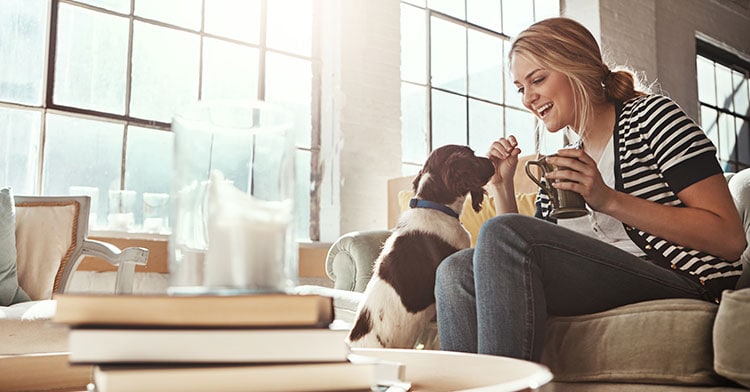 The Mealtime Mystery: Sherlock Holmes notices how seeming unrelated events are actually intertwined, and ultimately solves the mystery. Usually the culprit is the character who appeared to be the most innocent.

Sometimes with our dogs, we need to channel our inner Sherlock. Some clues being presented are recurrent skin or ear infections, chewing at her feet, missing areas of fur, potty issues, or very bad! These seemingly unrelated events potentially point to an apparently innocent culprit…food.

True food allergies in dogs are rare, but food intolerance or sensitivities are on the rise. Common offenders tend to be protein sources, with chicken, eggs, and dairy being at the top of the list.

Seeing your veterinarian is the first step in addressing potential food intolerance. Although currently no reliable tests for food allergies exist, you want to rule out other troublemakers such as a parasite, virus, or infection.

Once you’re sure some sort of alien invader isn’t the problem, the next step is to make a diet change, including both food AND treats. Make sure to remove all traces of the item(s) you believe to be the culprit. You want to switch to a protein source your dog hasn’t been exposed to previously. Lamb and Turkey are common alternatives, but there are many options, including venison, bison, salmon, or even kangaroo!

Investigate food labels carefully, confirming there is no mention whatsoever of the item(s) you are trying to avoid. For example, some foods and treats may have salmon as the primary protein source but also utilize chicken meal in smaller portions. If chicken is the issue, even this small amount could trigger a reaction.

Confirm everyone who comes into contact with your dog is aware of the importance of feeding her only the “approved” food and treats. Of course everyone wants to spoil her with “just a little taste” of some contraband occasionally, but it’s important to keep her away from the things you think may be triggering her symptoms, especially during the initial switch.

It can take anywhere from 4-12 weeks after you make dietary changes to see a noticeable decline in the symptoms. By utilizing your keen powers of observation, the assistance of your vet, and making dietary changes, solving the mystery of a food sensitivity can my quite elementary.